On May 11, the Hyper Brain Project was officially launched in Tongling City, east China’s Anhui Province, marking the city’s strategic move in progressing the national governance system and serving as a milestone in the construction of a digital Tongling. 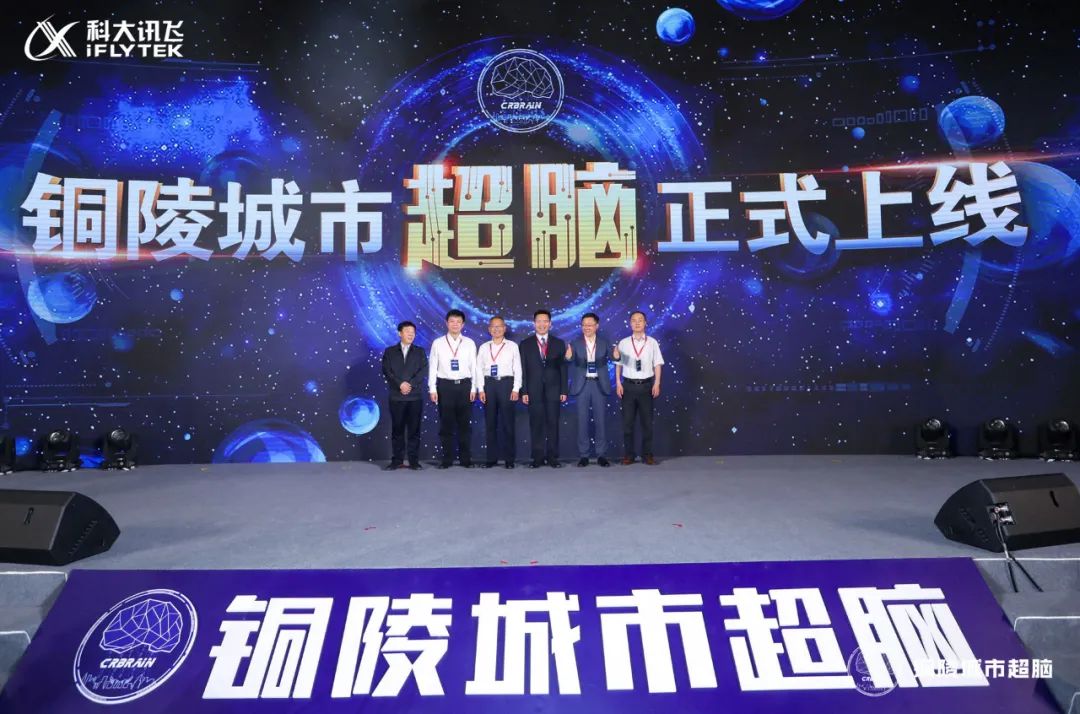 As a benchmark smart city project jointly built by 51WORLD and iFLYTEK , Tongling City Hyper brain symbolizes the breakthrough of the two technology companies in coming up with smart city solutions. In the future, 51WORLD will continue to be an important partner of iFLYTEK , to provide digital twin technical support for overall solutions of smart cities, the advancement of key demonstration projects and the construction of technical frameworks.

As an important joining point in the Yangtze River Economic Belt, Tongling has achieved remarkable results in smart city construction over recent years. It endeavors to promote the applications of emerging technologies such as big data, cloud computing and AI and was named as one of China’s pilot smart cities and one of the demonstration cities of the Broadband China project.

Initiated by the Data Resources Administration of Tongling city, the Hyper brain, which is built as the fundamental base for a digital Tongling, is a set of comprehensive application tools for urban governance, management decision-making and public services designed by the leading tech company iFLYTEK with several next-generation of information technologies such as 5G, digital twin, big data, AI, IoT, etc.

Hu Qisheng, the mayor of Tongling city, spoke highly of the Tongling Hyper Brain and called it the most shining pearl in the crown of the digital Tongling.“It has achieved a comprehensive perception of urban problems, scientific decision-making in urban operations, and efficient co-processing across different fields, significantly promoting refined governance of Tongling city.”

Wang Juefen, a 78-year-old woman living alone in Tongling, has seen the presence of digital technologies in her daily life. The smart electronic camera installed by her community could record and analyze the data of the elderly living alone in and out of their homes, and compare them with their travel routines based on AI and infrared monitoring technologies. The community workers will be automatically alerted by the Hyper Brain if anything unusual happens.

Combined with the AI and facial recognition of iFLYTEK, the digital twin platform can also show the trajectory of the elderly’s recent activities near the neighborhood.

The application of intelligent scenes in the Hyper Brain addressed many practical problems in a more humane way. Since the project was officially launched, the amount of urban incidents discovered has increased by 900%, and the duration of incident handling has decreased by 70%.

iFLYTEK stated currently the Hyper Brain intelligence center was capable of image analysis, intelligent voice, data analysis and space-time computing, the AI capabilities of which, running on the 51WORLD digital twin base plate, could integrate intelligent discovery and spatial geographic information, and improve readability, feasibility and efficiency in visual applications.

By the end of 2020, Tongling Hyper Brain will achieve the landing of 50 scenes in 6 categories, the better of which will be promoted across the city to cover larger areas and serve more people.

The application of Tongling Hyper Brain has made three historic leaps in local urban governance: from government affairs to urban business, from manual troubleshooting to intellectual discovery, and from discrete governance to collaborative governance.

2. The unprecedented epidemic outbreak put the Hyper Brain to the test

In fact, the Tongling Hyper Brain was put into trial operation in November 2019. Just three months later, it was under the stringent test of the COVID-19 outbreak and sustained.

On January 24, Anhui Province launched the first-level public health response for COVID-19. The next day, Tongling reported the first case and the outbreak has gained momentum since then.

Due to the great scalability of the Hyper Brain, 51WORLD and iFLYTEK launched the COVID-19 prevention and control module within just one week, achieving 3D visual display of epidemic distribution, trend prediction and designated hospital presentation, which helped the local government in controlling the disease to a great extent.

According to Zhong Jian, the person in charge of the Hyper Brain, the system gave full play to its capabilities of data aggregation, mining and analysis. It compared and analyzed the colossal data of more than 1.7million citizens with the data gathered during the outbreak, providing reliable evidence for issuing health codes and permits for people in and out of an agricultural market.

Backed by the data in the administration, it can comprehensively perceive the urban human flow and present the epidemic data in the digital twin counterpart, which assisted wise decisions for the city managers.

The intelligent image analysis of the Hyper Brain helped to identify exposed garbage, occupied roads, illegal construction, and non-motor vehicle parking and enabled off-site and non-contact enforcement for the managing department during the outbreak, which reduced the risk of spreading the epidemic and protected the city’s environment.

At the same time, the Hyper Brain platform assimilated the information of regional surveillance cameras, major events, blacklist alarms and the heat of human flow in railway stations, government agencies and shopping centers and presented it onto the digital twin base plate, offering the basis for security control in key areas.

“These down-to-earth functions in the Hyper Brain played a crucial role in controlling the outbreak and highlighted the value of digital twin technology.” Wang Qingtao, a 51WORLD city partner participating in the project, said.

The construction of an urban hyper brain is a long-term and ever-evolving process of improving the intelligent level of urban governance with means of AI technologies. In building the digital twin base plate, 51WORLD took into account the complexity of urban management businesses and detached them from the operation center.

51WORLD’s contribution to this project was highly valued by iFLYTEK: “51WORLD has delivered professional, efficient and high-quality service in the Tongling Hyper Brain Project and we hope the two companies will cooperate in more fields related to digital twins.”

Urban governance is an endless game and the evolution of the hyper brain never stops. Next, Tongling Hyper Brain will continue to focus on addressing new issues of urban governance, promoting innovation, creating more application scenarios and sub-brains on the basis of its architecture, in order to make the city more and more intelligent.