How to Update Smart City Operating Platform from GIS to Digital Twins, We First Need to Answer a Philosophical Question|51SHARE 发布于2020-06-01

He studied in China’s best GIS major and turned down a postgraduate recommendation from his university. He rode 6,000 kilometers to see the great landscape of China. He maintained that the dimensions of the application of geographic information data should be elevated and a unified structured semantics is a key to earth cloning. He is Yang Jianshun, a system architect of the all-element scenarios team at the 51WORLD Earth Cloning Institute. Today we invite him to talk about GIS, digital twins, and Earth cloning.

The essence of the world can be regarded as a monophysical entity organized by a unified all-element semantics.

Part.1 Stepping out of the geographic information system

What is the essence of the world?

This philosophical question is a probing and pragmatic question for 51WORLD’s system architects.

When I applied for the GIS major at Wuhan University, my idea was simple — I liked geography and wanted to travel all over China like Xu Xiake, a renowned geographer in the 1600s. It was also at Wuhan University that I came up with the idea of digitally depicting the earth we are living in. 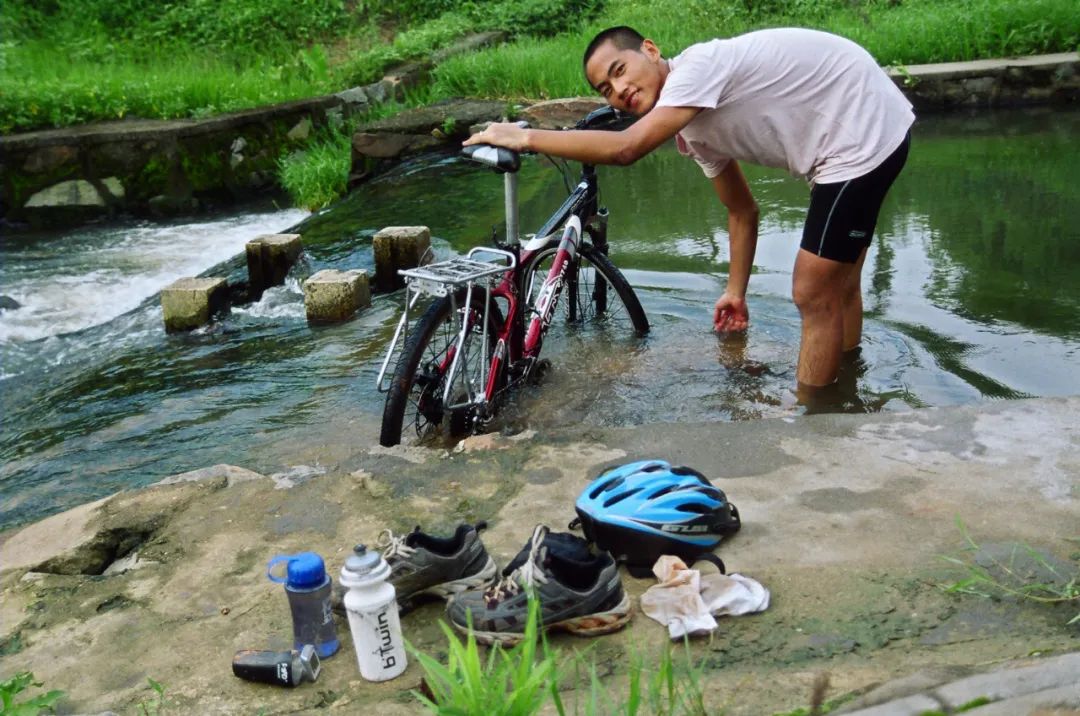 51WORLD coins the idea as Earth Cloning, in which geographic information data is still one of the underlying foundations, only with the dimension of the applications being raised.

After graduation, I was recommended to Beijing Normal University for a postgraduate degree. But as time went on, I found myself not interested in academics. Therefore, I dropped out of school and was eager to put what I have conceived into practice.

Since then, I have accumulated ten years of 3D GIS-related working experience in technology, products, and markets.

Looking back, the development of China’s geographic information industry is relatively smooth in general. Over the past five years, 3D GIS players and platforms, as well as the corresponding government and market needs, are emerging in this fledgling industry.

There was a gulf existing between the status quo and the ever-changing needs of Party A. In traditional 3D GIS R&D, the engineers chose to self-develop a set of engine platforms, on which the geographic information was presented. Some of these engines were revamped on the basis of open-source engines (such as WorldWind, OsgEarth, CesiumJS, etc.) while others were developed from scratch.

As far as I know, there are hundreds of digital earth platforms developed in China alone. This was also what I’ve been doing for a long time: processing geographic information data efficiently under limited hardware and software conditions, and presenting it as best as possible.

But in terms of the larger industry, everyone has made much the same thing, with no substantial let alone game-changing breakthroughs. There were no fundamental differences from the platforms of a decade ago other than the optimization of performance and efficiency.

In recent years, Internet giants such as HBAT(Huawei, Baidu, Alibaba, and Tencent), as well as digital twin startups such as 51WORLD, have tended to assimilate real-time GIS data from the Internet and the Internet of Things, which approach may not be that precise, but makes GIS data alive. The concept of upgrading basic data such as geographic information before applying is also gradually impacting the industry.

After joining 51WORLD, I discussed with Wu Yaguang, the dean of the Earth Cloning Institute, for many a time. He is an expert in computer graphics and I have been working on 3D GIS for many years. Our cross-sector exchanges inspired each of us on data organization, graphics rendering, and interactive applications, especially on the technology path of how to clone the earth.

Everyone makes different decisions at different times. Looking back, further study might be helpful for my future life, but I don’t regret giving it up since I enjoy and excel at what I am doing.

A smart city is a market with massive potentials. Traditional GIS enterprises have built up a plentiful understanding of the business and data in addressing the customers’ pain points. They still take the lead as the first movers in the industry after the 3D GIS was introduced. We should admit that we are standing on the shoulders of giants.

51WORLD enters the market with its eyes on computer graphics and computer vision. It has delivered a large number of digital twin products of buildings and industrial parks and tried out in city-level applications. But in general, 51WORLD is still a new player and has a long way to go. 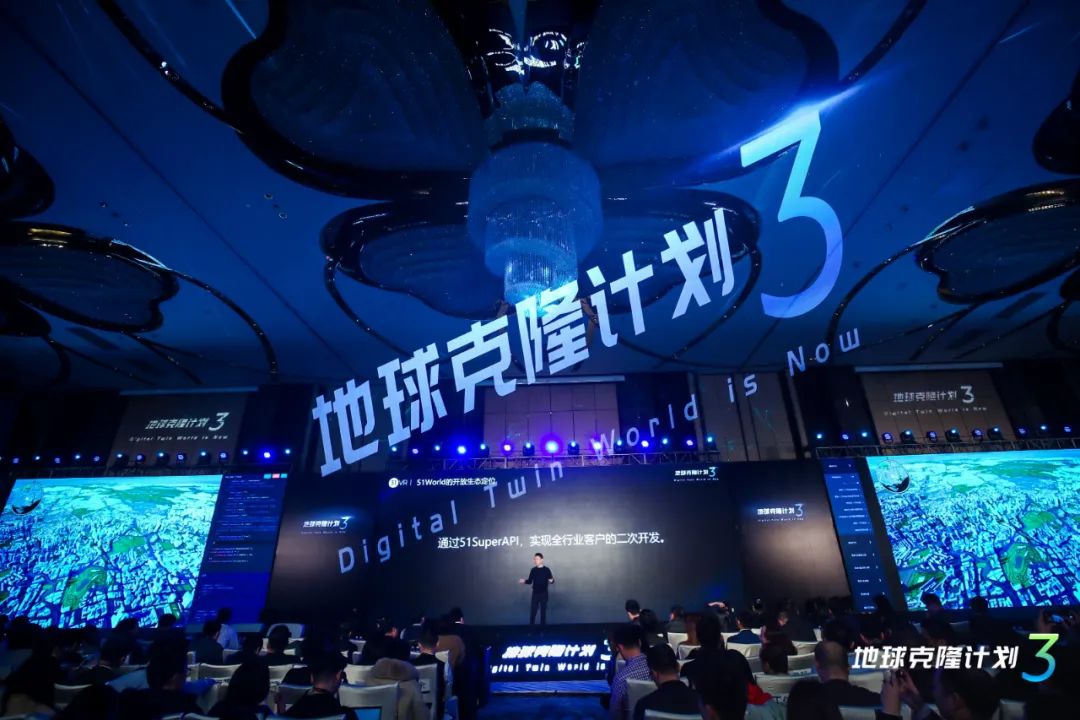 For now, we are not yet able to process and analyze large-scale geographic information independently. However, as a technological startup, 51WORLD’s digital twin products have the advantage of short production cycles, fast iterations, consistent quality and great scalability. Archer Li, the company’s CEO and founder says 51WORLD has three “not to does “.

First, instead of collecting data sources, we focus on data fusion.

Second, instead of delivering general integration services, we sharpen our competitiveness in the core products of the all-element scenarios.

Third, instead of venturing into vertical industry applications alone, we are glad to co-develop with our ecological partners. These guidelines determine 51WORLD’s business models and market strategies.

As far as I know, some companies in the industry, especially many start-ups, go out of their ways to get a project and in the end, have to outsource the software and adopt project-based management.

This labor-consuming approach is actually detrimental to the growth of a company. Issues such as lengthening project cycle and slow repayment resulted from demand changes and chaotic management, may bring down a company. However, in the domestic market, whether you can directly solve the problem for Party A is a matter of life and death.

So someone has to do the basic work. In this process, we mesh with industry partners and general integrators to provide them with standardized digital twin services. The cake of the smart cities is huge and the enterprises need to know their boundaries.

But as one of the R&D personnel, I know, apart from sharpening our competitiveness, we should also strengthen our weak points, among which are the processing of multiple data sources and business-oriented data analysis.

As the company expands, the direction of our R&D gets more diversified and the Earth Cloning Institute feels the pressure. For example, the burgeoning demands for oblique photography, BIM, and CAD data processing at this stage are actually what the R&D is calling for after receiving the feedback from the market.

The more diversified the market needs, the more we need to focus. The technological team should have its own independent thinking in choosing the research direction, to lead the development of the industry, to explore the frontline standards, and to develop more innovative and game-changing products.

This is the only way to clone the earth. But no matter which specific R & D field we are aiming for, we are looking for a way to create digital twin earth, to clone the planet we are living. This colossal project starts with data collection, in which the data of different dimensions are exhaustively gathered in various ways, to replicate the real world.

This is also what many industries including geographic information are doing, from vectors and rasters in traditional GIS to oblique photography and laser point clouds, as well as BIM in the construction industry and high-precision maps for autonomous driving in transportation, etc.

But the method of creating business applications directly in this “replicated world” is not necessarily viable since the lack of a unified structured semantics will affect the final effect.

Without a structured semantics, all we see is triangle grids or point clouds connected together. All industries need to extract their “customized” data standards and specifications. Therefore, we regard the nature of the world as a monophysical entity organized by a unified all-element semantics.

Future data format shall not only conform to the standards of the data producers or one individual industry but also take into account more knowledge including multi-industry data production, multi-engine platforms, and multi-industry applications. Therefore, these “definitions” need to meet a higher level of standards, thereby ensuring the independence of standards in various fields while achieving an inter-industry data connection.

It is based on this concept that 51WORLD presents the region’s all-element scenarios(AES), including the scenes of cities, roads, buildings, and vegetation from the real world, featuring in virtual reality, geographic information reality, physical simulation reality, and real-time free interactivity. It is also with AES that we create a digital twin of the real world.

In the future, we will phrase in some processing standards for AES semantics to promote the industry. 51WORLD stays committed to cloning the earth and the aspiration of creating a realistic, complete, and lasting digital twin world remains firm. And that’s what I’ve been dreaming of for years as a GIS student.