With the rollout of state policies as well as the setup of national new areas such as Xiong’an, the digital twin has penetrated into all aspects of the smart city from the traditional manufacturing industry, greatly enriching people’s imagination of the future urban form.

Meanwhile, we should fully understand the complexity of digital twin technology. Enterprises that underestimate the difficulties of implementing digital twin, being reluctant to invest in R&D and unwilling to seek industrial collaboration, are unlikely to succeed or go too far in the market.

In this article, we are honored to invite Professor Gao Yanli, chief expert of a smart city at the CAICT, a scientific research institution directly under the Ministry of Industry and Information Technology (MIIT), to catch a glimpse of this splendid digital twin world and envision the future direction of digital twin technology. 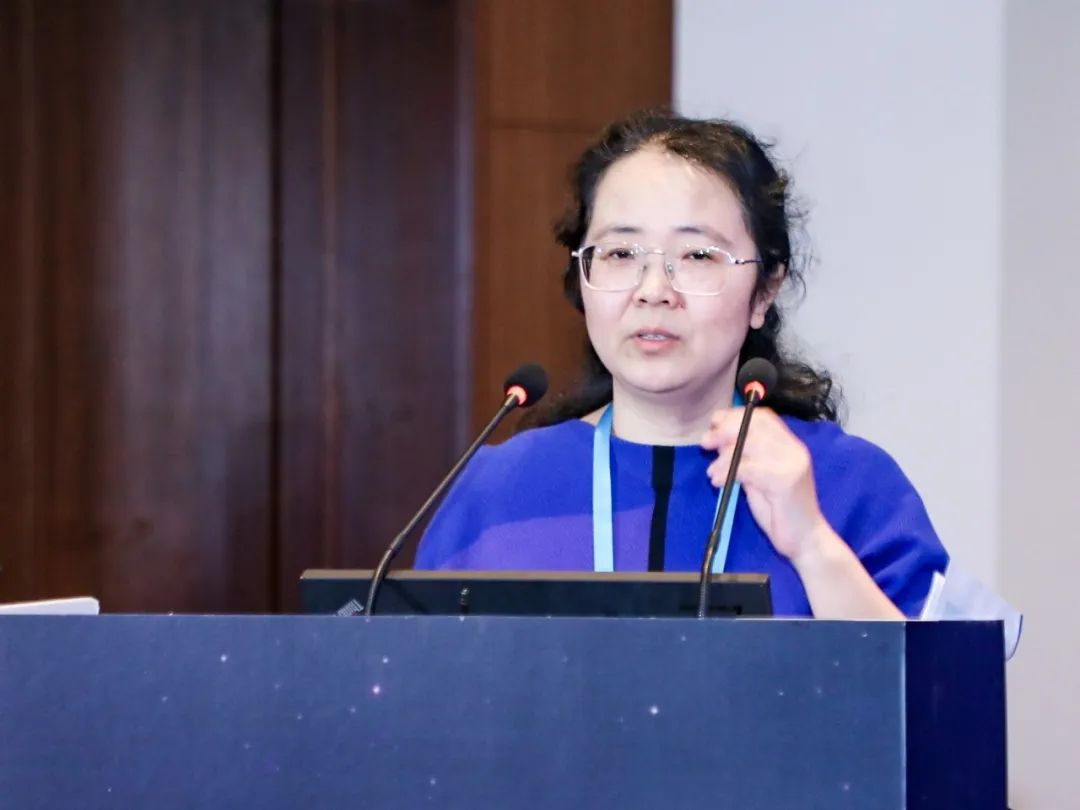 Gao Yanli, chief expert of a smart city at the CAICT

Digital twins can be regarded as the quintessence of the digital age. The straightforward and prevalent concept that combines the virtual and the real opens the door of intelligence, providing people with new insights into understanding and changing the world even without venturing out.

Digital twin cities successfully address the two issues of smart city architecture integration and governance collaboration, pushing the construction of smart cities to new heights. However, we should be sober that digital twin technology is complex and the industry should not blindly follow the trend. We ought to be persistent in creating the hard-core products of digital twins, to be worthy of this exquisite, mysterious and wonderful digital twin era.

01 The digital twin revolutionizes the world

The digital twin is prevailing in various industries. It has been a buzzword in the last two or three years at home and abroad, with a stunning number of studies and researches. The concept has been identified by many institutions as one of the top strategic technology trends that affect the world.

The digital twin has permeated the society in fields of the government, industries, factories, and cities. It has become the law of digital development about which everyone is talking about. That’s why the industries, capitals, and policies are rushing into this technology.

Conceptually, the digital twin reaches a wide range of audiences in only a couple of years as the buzzword is vivid and straightforward. Technologically, the ever-changing information technologies have made most people deeply convinced in the vision of digital twins. From single-point applications to integrated innovations, the digital twin is the milestone in China’s information-oriented development, and it may be the starting point of humans striding into the intelligent era. Exciting roads await.

In terms of values, as China is reforming its administrative system, constructing a city of digital twin will reshape the urban digital genes and modernize the governance system. The digital twin redefines intelligent industrial parks, creating a new model of multi-dimensional performance management while the digital twin factories provide the best solutions for digitalizing the whole procedure of manufacturing including design, production, and assembling. As for the digital twin of the human body, it is opening up a new world of medical services with its unique perspective.

The ubiquitous perception and integration, the interaction between the virtual and the real, they support and complement each other. The digital twin enables accurate mapping and perceptive insights even without venturing outside. In controlling the moving with the static and manipulating the real with the virtual, digital twin maps out influential strategies based on the intangible.

Digital twin changes the industry rules, optimizes the development path and remodels operation, providing new ideas, perspectives and methods for various industries. It greatly shortens the development path of the industry and triggers profound technological changes in the industry’s systems, mechanisms, structures and rules. In digitalizing everything from macro to micro, a digital twin is pivotal in revolutionizing the world.

Though significant progress has been made in the system cloud and data sharing, smart city construction still hits two bottlenecks, one in technology integration and the other in governance collaboration. Most intelligent city construction is still in its infancy of industrial information building, for want of technical and business architectures for the integrated urban governance. Hardware and software infrastructure, data, algorithms, technical capabilities, toolsets, and block applications are difficult to be incorporated into one architecture, to form a scalable functional system for further iteration. A vacuum exists in discrete, ineffective and inefficient managing systems. It is a daunting task to synchronize the management of different regions, lines and blocks.

Digital twin reconstructs the overall architecture of smart cities. In terms of technologies, the digital twin city model platform incorporates the underlying infrastructure, static and dynamic data, core system and technical capability, applications and supporting system, achieving collaborative governance and the integration of the real and the virtual. The underlying infrastructure, consisting of traditional information infrastructure and the new infrastructure, reshapes the urban digital genes and creates an intelligent operating environment with its powerful abilities to perceive, transmit, compute and control.

Therefore, the advent of digital twin cities provides an opportunity for and chart the course of reconstructing the overall architecture of a smart city and specifies the levels and paths of integration. By establishing a collaborative platform of the urban brain, the digital twin city connects the systems of urban management, ecological governance, traffic control, market supervision, emergency response, public security, etc.

Driven by major events and special scenarios, based on the digital twin city model platform and equipped with its integrated data, algorithms and tools, the digital twin city is able to formulate a closed-loop procedure of proactive awareness, preemptive governance, and optimized plan, realizing coordinated management of urban governance.

Digital twin virtualizes public services. Typical features such as global vision, accurate mapping, simulation, virtual-real interaction and intelligent intervention of digital twin cities are accelerating the innovation of urban governance and services, bringing about a number of super applications with a global perspective.

As the representative scenarios of digital twin cities lie mostly in urban governance, such as planning, constructing, ecosystem, market and traffic, the unprecedented outbreak of COVID-19 expedites the digitalization of the whole society and speeds up the implementation of virtualized public services. Digitalized contactless post-Internet life experiences such as online education, medical treatment and cultural performances greatly enrich the life of the public and give the citizens more choices. In the future, the urban form will lean towards digital aggregation and physical separation.

As Lao Tse pointed out that action should be taken before a thing has made its appearance and order should be secured before disorder has begun, the all-element expression, visualization of multidimensional data and scenes, spatial computing, overlaying analysis, simulation and remote control of the digital twin city as well as the derived abilities to identify urban risks, observing city operation, tracking trajectory, controlling events, deducing, simulating emergency plans and allocating resources, echo with the demands of modern governance in innovation, coordination, prevention, supervision and organization, making it a major booster for improving the governance system.

By means of intensive spatial layout, the city will form a new overall structure of ubiquitous identifying, perceiving, connecting and computing, to intelligently define everything. It will unleash the operations and services of the infrastructure for the public, enabling the digital transformation of all walks of life.

03 The journey of digital twins: a long way to go

To implement a digital twin is more complex than imagined. Enormous basic theories need to be deeply studied, the huge number of technical solutions need to be explored, massive application scenarios need to be verified and colossal mechanisms need to break through before a digital twin really accomplishes precise mapping, twin parallel and the virtual serving the real, be it a factory, a city or a human body.

For creating a digital twin city, depicting the appearance is one thing, while accurately expressing the city’s content, personality, characteristics and rules with technical means such as models, data, algorithms and tools, is another. In the underlying new infrastructure, the lack of reasonable plans and specifications for the intensive layout of urban space, the invisible social relationships between urban elements and the uncertainty of operating rules are all insurmountable obstacles for digital twin cities.

Some domestic enterprises are more inclined to earn fast money. They churn out low-quality products, invest little on R&D and are reluctant to go deep into technological innovation. Some ride the tide of digital twins after the concept has been popularized.

Instead of actively exploring the technology, they labeled the existing products as digital twins and introduced them into the market, seriously disrupting the industry and confusing public understanding. Given the complexity of digital twins, enterprises that underestimate the difficulties of implementing digital twin, being reluctant to invest in R&D and unwilling to seek industrial collaboration, are unlikely to succeed or go too far in the market.

Currently, it is pressing to construct the digital twin cities while the technical solutions are far from mature. Although some encouraging progress has been made in visualizing city modeling, there is still a long way to go. Therefore, in order to promote the implementation of digital twin cities, on the one hand, the government should actively unleash the data and related resources to pave the way for piloting digital twin cities. On the other hand, the mechanisms should be integrated to establish adaptive organizational and business structures.

The industry should actively build a complementarily cooperative ecology, to consistently verify the implementation of the solutions. Scientific research institutions should lead their way in innovation and strengthen relevant visionary basic research, removing the obstacles for governments and industries in implementing the digital twin cities.

Never forget why you started, and you can accomplish your mission. Like every revolutionary technology, digital twin cities were questioned at the very beginning. People worried that in the gigantic network of a digital twin city, the city’s activities would all be under surveillance. It will be like a digital prison in which the citizens lose privacy and their actions are monitored. The concern is not without reason. For brutal managers, a digital twin city might be a disaster for the people but for the righteous ones, a digital twin city will increase the well-being of the people.

Powerful technical means make the city smarter, more harmonious and efficient and the service more diverse, convenient, proactive and personalized. The management of the intelligent city is shifting from governance to services. In constructing a digital twin city, only by elevating the well-being of the people can it go far and steadily in the future.

Digital twins open the door of understanding and changing the world, pushing digitalization and intelligent transformation to an admirable height. It might be substituted by more advanced technology later, but fortunately, the new wonderful era has just begun. Let us embrace it and create a bright future together!